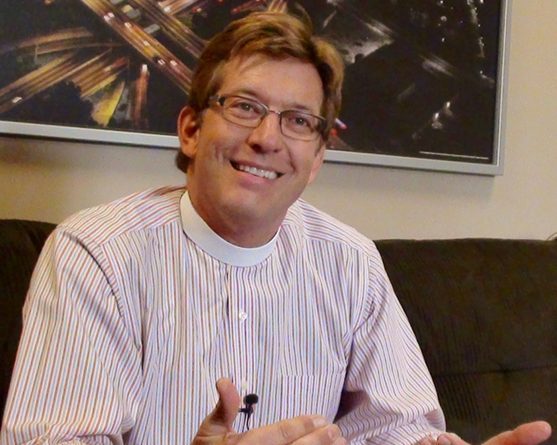 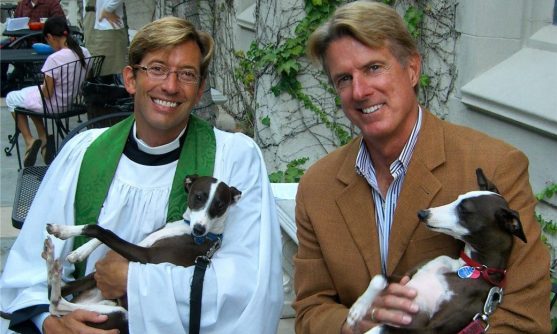 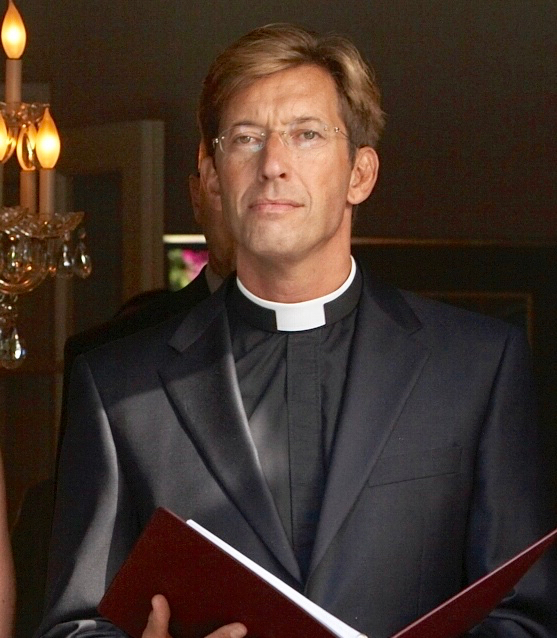 Born and raised in New York, the Rev. Tadken earned his Master of Divinity degree from the Episcopal Theological School at Claremont/Claremont School of Theology. He also holds a bachelor’s degree from Occidental College and a Master of Fine Arts in Theater/Acting from Cornell University.
Neil discerned his priestly calling while an active parishioner at All Saint’s Church in Pasadena. Upon graduation from seminary, Neil worked as Director for ACTION: AIDS CareTeams in our Neighborhoods, an interfaith non-profit pastoral care ministry housed at St. Mary’s Episcopal Church, Laguna Beach. Following his ordination, Neil served as Associate Rector for Pastoral Care at St. James’ in the City, Los Angeles. He joined St. Luke’s in Aug. 2013 and was instituted as the 16th Rector of the parish on the Feast of St. Luke in October of 2014. He is married to Frank Slesinski, an interior designer. Their dogs, Dash, Teddy, and Hashtag, are campus regulars.

Locally, the Rev. Tadken serves on the Interfaith Council of Monrovia, and the Monrovia Ministerial Association. He has been actively building relationships with several non-profits, to help serve the wider needs of the local community. “It is not necessarily about the number of butts in the pews on Sunday morning, but about the number of toilet flushes throughout the week on campus. Being open, available, and cooperative for the needs of our neighbors is at the core of our ministry.” Neil has previously served on the board of the Episcopal Urban Internship Program, the Bishop’s commission for HIV and AIDS Ministries, and with the Program Group for LGBTQ Ministries for the Dioceses of Los Angeles.

Prior to ordination, the Rev. Tadken was a professional actor and director. Between 1994 and 2001, soap opera watchers may have seen him recurring as “Don McTavish” on ABC’s General Hospital and Port Charles. In 1993, he created and directed a national AIDS education and outreach effort for television called “Day of Compassion,” which became an annual event. He was honored with a “Ribbon of Hope Award” from the Academy of Television Arts and Sciences in 1997 for that effort.